The Board's primary responsibility is to oversee the purpose, plans and policies of Innovation Saskatchewan. 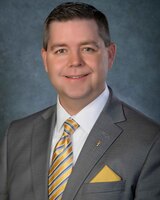 Jeremy Harrison grew up in the Meadow Lake area and graduated from Carpenter High School in 1996. Jeremy went on to complete an undergraduate degree in Political Science and Canadian History from the University of Alberta, a Master's Degree in Public Administration from the Johnson Shoyama Graduate School of Public Policy, and a Juris Doctor (Law) Degree from the University of Saskatchewan.

On February 2, 2018 Premier Scott Moe appointed Jeremy as the Minister of Trade and Export Development and Minister of Immigration and Career Training.

Jeremy and his wife Alaina have one son, MacGregor and one daughter, Finnley. 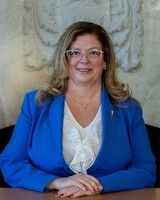 Minister of SaskBuilds and Procurement

Lori was elected MLA for Estevan in the 2016 provincial election.

Lori spent 20 years working as a licensed assistant in a financial planning office. She is very active in the community as a board member for the Air Cadet League, Sun Country Health Region and Ducks Unlimited. Lori also spent ten years serving on Estevan City Council.

She currently serves as Minister of SaskBuilds and Procurement and Minister responsible for the Public Service Commission, the Saskatchewan Liquor and Gaming Authority, and the Global Transportation Hub and serves as the Deputy Government House Leader.

Prior to this, Lori was a member of the government’s leadership team as Deputy Whip and had served as a Legislative Secretary to both the Minister of Finance and the Minister responsible for SaskPower.

Living in Estevan with her partner Bart, she has raised three children and is a very proud grandmother of 3. 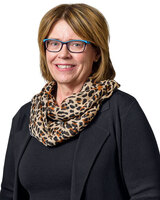 Alana Ross was elected as the MLA for Prince Albert Northcote in the 2020 provincial election.

Prior to her election, she worked in the province's health care sector as a front-line nurse, unit union representative, in the management team, and as a post-secondary instructor. Ross has also served as the Saskatchewan Party President for Prince Albert Northcote since 2011.

Alana has three grown children, one grandchild, and resides in Prince Albert Northcote.